How much does a CCTV System cost?

Which brand of CCTV cameras are mostly used in the market presently?

There are a number of companies serving the diverse requirements of public security and reducing their efforts with robust surveillance products. Where there is a large number of CCTV brands fighting solely on prices, some choose to cater to the need of the people, for whom, quality is the primary factor.

What types of customers do you serve?

Where can I buy CCTV cameras in Singapore?

CCTV cameras offer a lot of value these days as security has become one of the prime concerns.

iRoyalTech provides you the best CCTV deals in your city as they provide affordable and quality services right at your door step. They provide you the best quality security camera system with both installation and maintenance services. They even provide a pre-sales checklist and doing a customised quotation to you before hand so that you are assured of the quality of the camera and its basic functioning.

How many types of CCTV cameras are there?

It is to make people think that they are being monitored while not actually recording anything. Number of crimes substantially go down in the presence of a surveillance camera which is visible to people. This is not to say that people won’t commit crimes at all in its presence.

When you show people that you carry a revolver with you, they will be careful not to pick a fight with you whether or not there are bullets in it. Although,some people would still try to hurt you in certain scenarios.

This scenario is pretty much the same.

Resolution is measured in pixels and abbreviated to Megapixels or MP. One megapixel (1MP) is equivalent to one million pixels.
We now prefer to start all of our conversations at 4MP, thanks to technological advances and subsequent price drops – the Hikvision 4MP R6 family of cameras, for example, is now priced cheaper than a 2MP camera would have cost you a few years ago.

The majority of the time, a higher resolution is preferable. There are a few drawbacks, though: a higher resolution video stream, for example, would require more storage and bandwidth headroom, and low-light output will usually suffer as a result. However, as the resolution has increased, the image quality improves dramatically; a face or number plate may have a higher number of pixels-per-foot, allowing better information to be picked out and recognized. 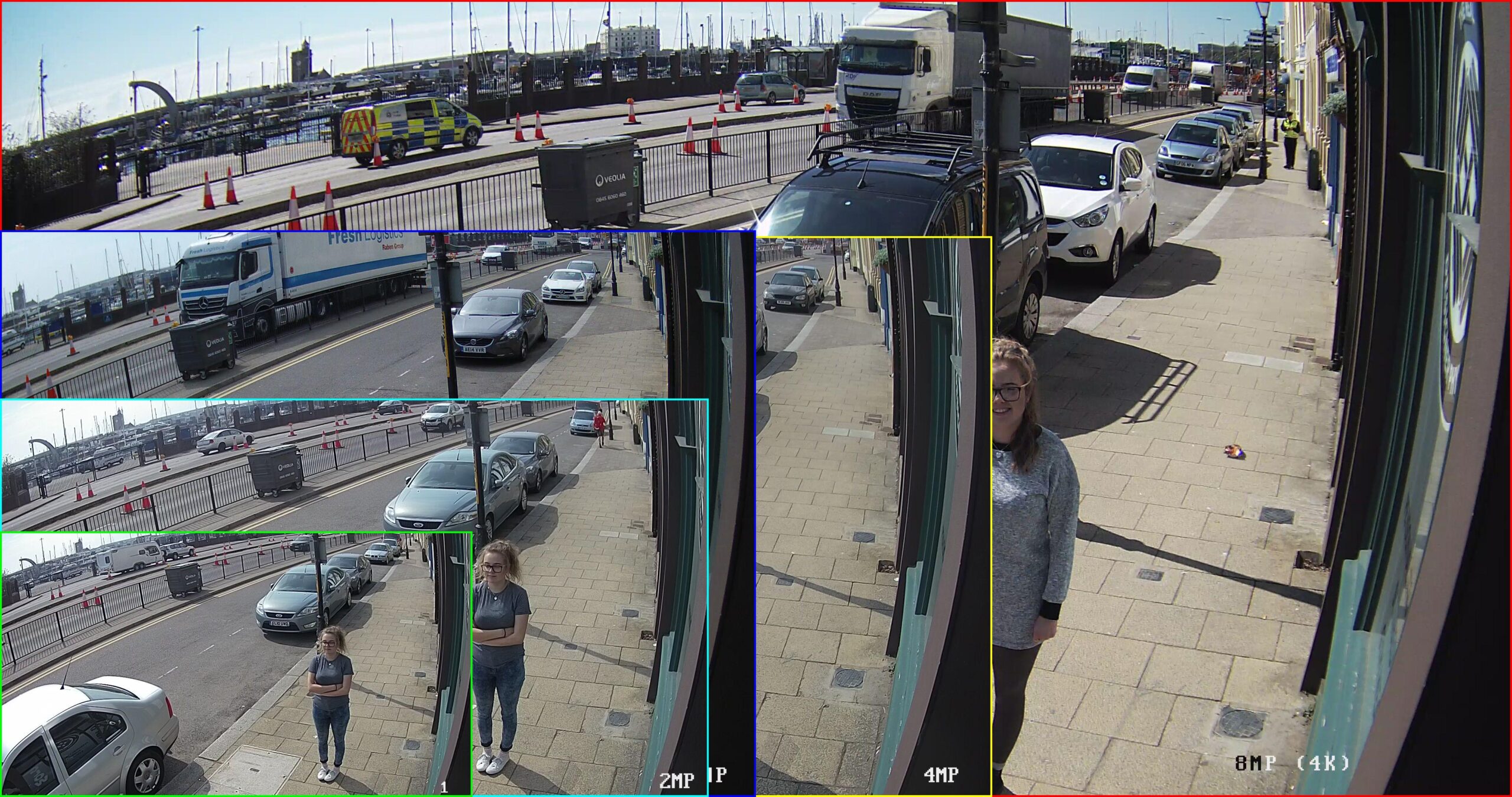